From the EIA report: “In 2019, U.S. annual energy consumption from renewable sources exceeded coal consumption for the first time since before 1885, according to the U.S. Energy Information Administration’s (EIA) Monthly Energy Review. This outcome mainly reflects the continued decline in the amount of coal used for electricity generation over the past decade as well as growth in renewable energy, mostly from wind and solar. Compared with 2018, coal consumption in the United States decreased (by) nearly 15%, and total renewable energy consumption grew by 1%.” 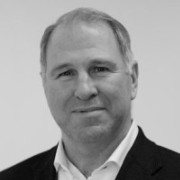 What is the Value of Solar Maintenance?

How to Assess Your Solar Roof Economics

This site uses Akismet to reduce spam. Learn how your comment data is processed.